Introduction: This is a true story of love, art and death. It’s told loosely here in paintings created over the course of a Saturn cycle between 1988-2016. Venus rises in Capricorn in my birth chart, out of bounds, at 17 &18 degrees respectively, in tight trine to Uranus & Pluto in the 8th and in sextile to Neptune & Moon in the 10th. The purpose of sharing it here is to provide insight into the depths of this often misunderstood planetary placement. 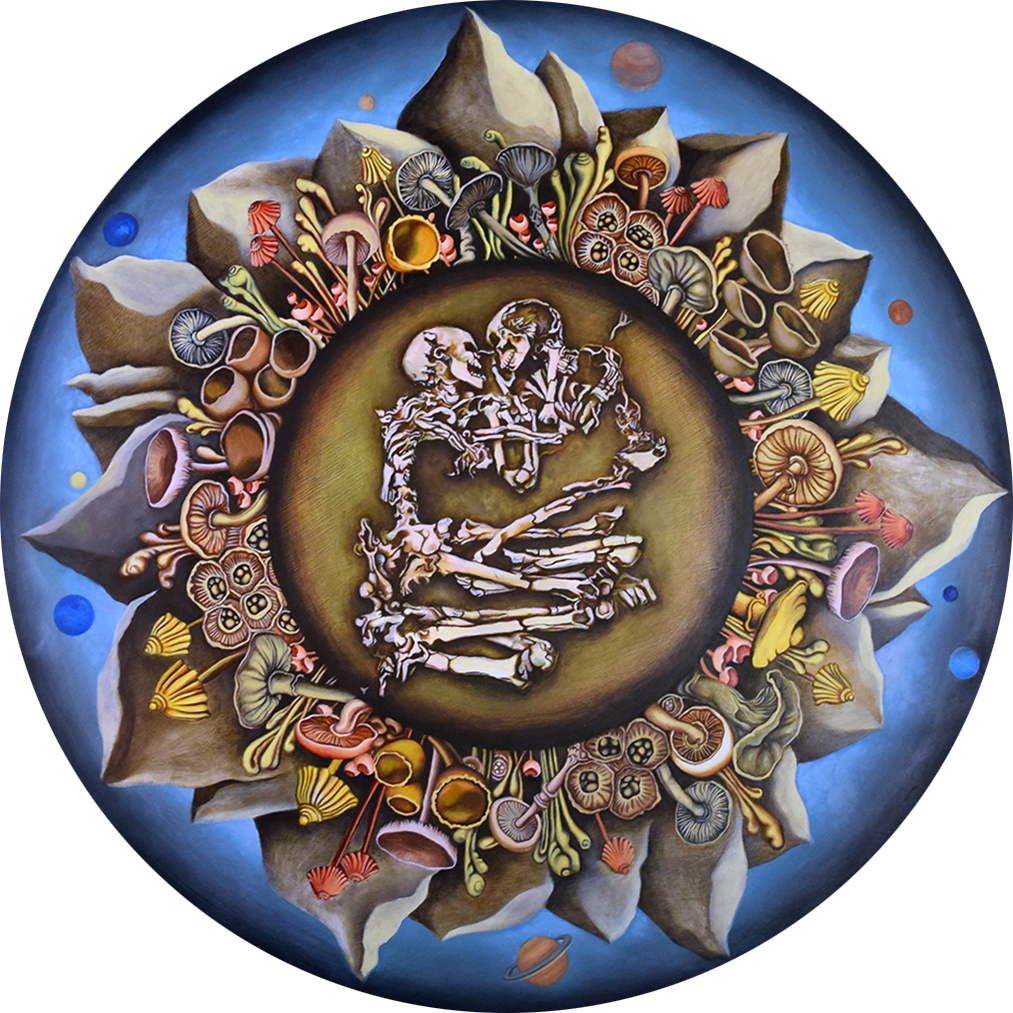 (If you missed Part II you can read it here. For Part I go here.)

I dream we grow old together but by now I know astrology well and the charts don’t agree. I’m still quite young when I paint us here as old. The Venus crone in the painting smiles as she points to the afflicted Saturn, as if to say, “Look honey, the chart was wrong!” 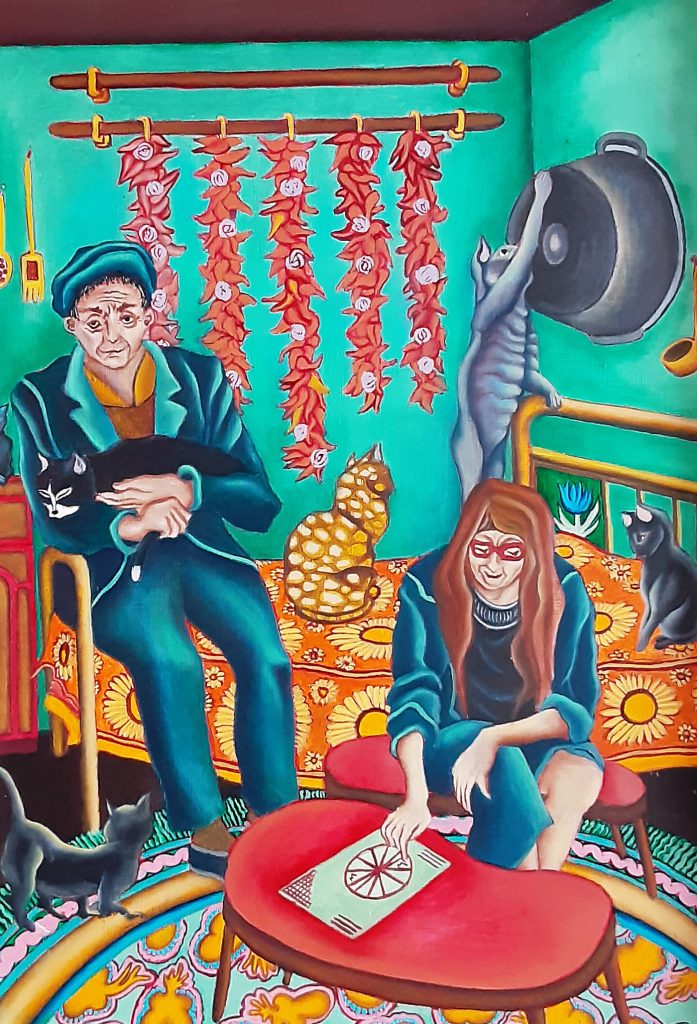 Over the years there are many medical problems and hospital visits. In 2006 Jupiter returns in the marriage chart but this time Venus and the north node are not in the vicinity. Instead, Jupiter squares Neptune and transiting Saturn squares his natal Mars as it approaches his mid-heaven. A new kind of medical emergency occurs just as Venus returns to 17 degrees of Capricorn and opposes Uranus in his chart at 14 degrees of Cancer. 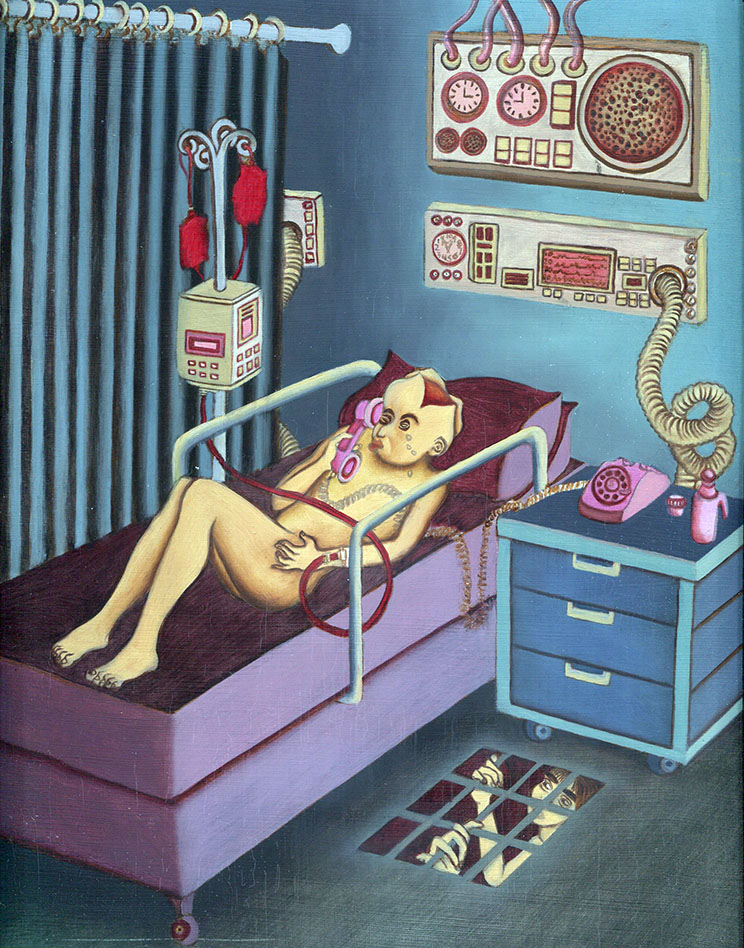 He acclimates to the new difficulty but does not fully regain his spirit. Like other times I won’t give up. I locate a doctor far away who offers hope. We make the trip and schedule the procedure but he’s tired of dealing with medical problems. When the time comes he decides not to go through with it. A melancholy settles into the background of the next few years. I begin to count losses as Neptune approaches a square to my moon-Neptune conjunction while opposing his Mercury, Pluto and mid-heaven. 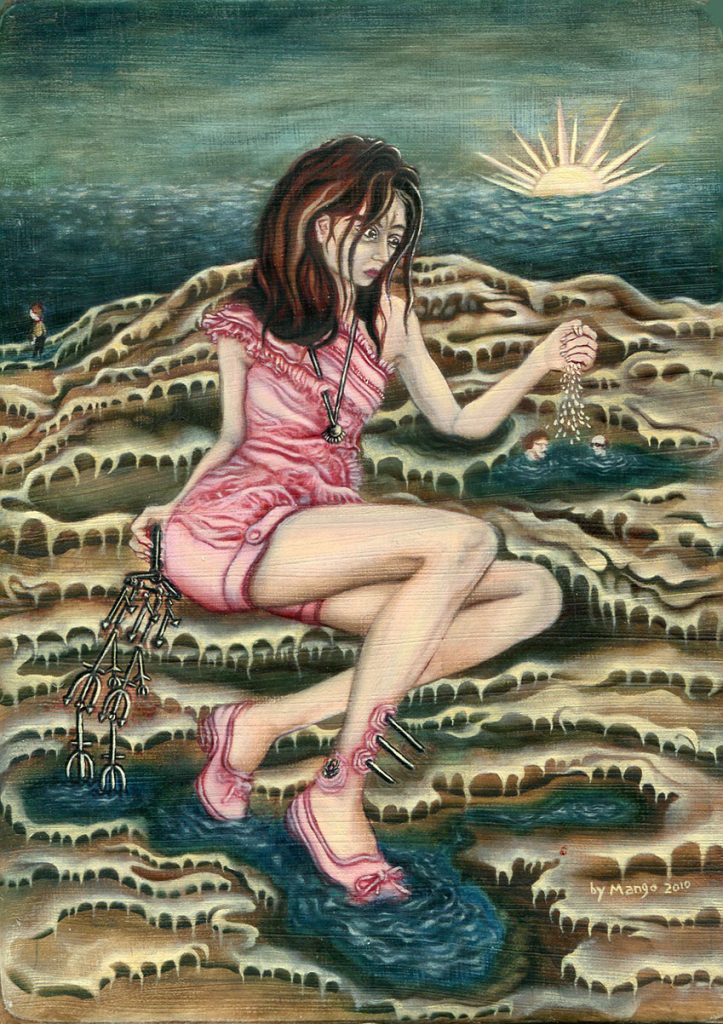 Fear grows inside me as Neptune’s squares perfect and Pluto conjoins my 12th house Mars. I suspect cancer has returned. I try to talk to him about it but he gets angry. He says his weight loss is because I don’t make enough deserts. I make his favorites but he won’t eat them, stating he doesn’t want to get fat. We both become thin as ghosts. 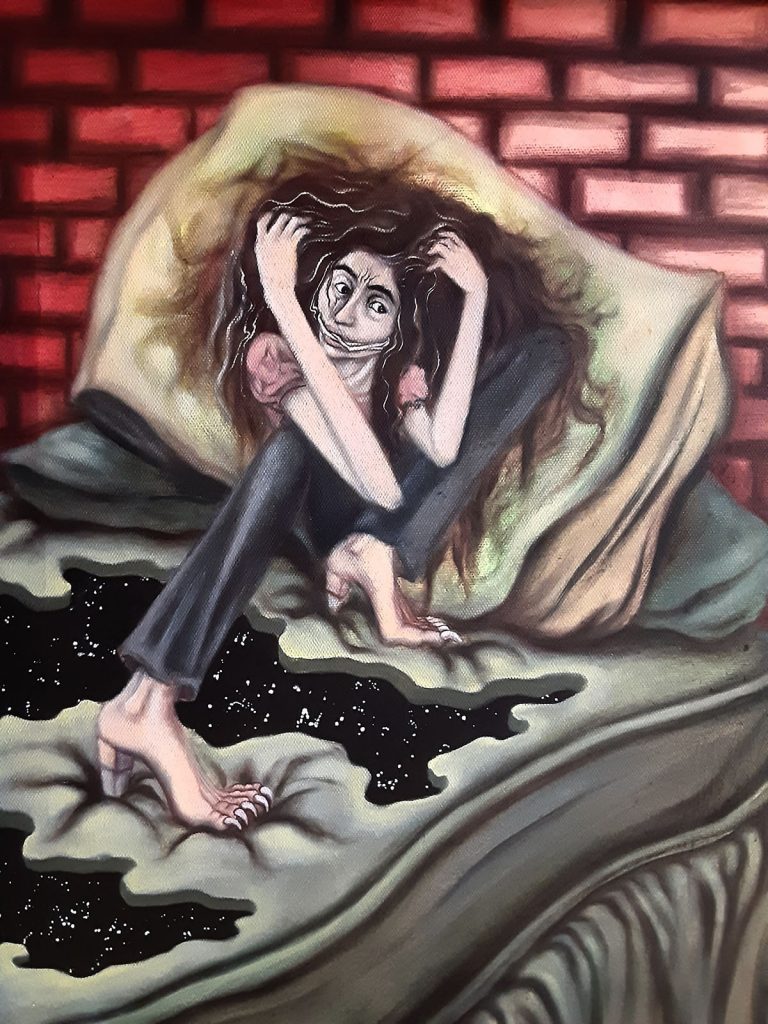 As Saturn approaches his ascendant his mood becomes terrible. One morning he leaves our home in anger. A few weeks later he collapses in the street and someone from the ICU calls me. When I arrive he has delirium and doesn’t remember anything. 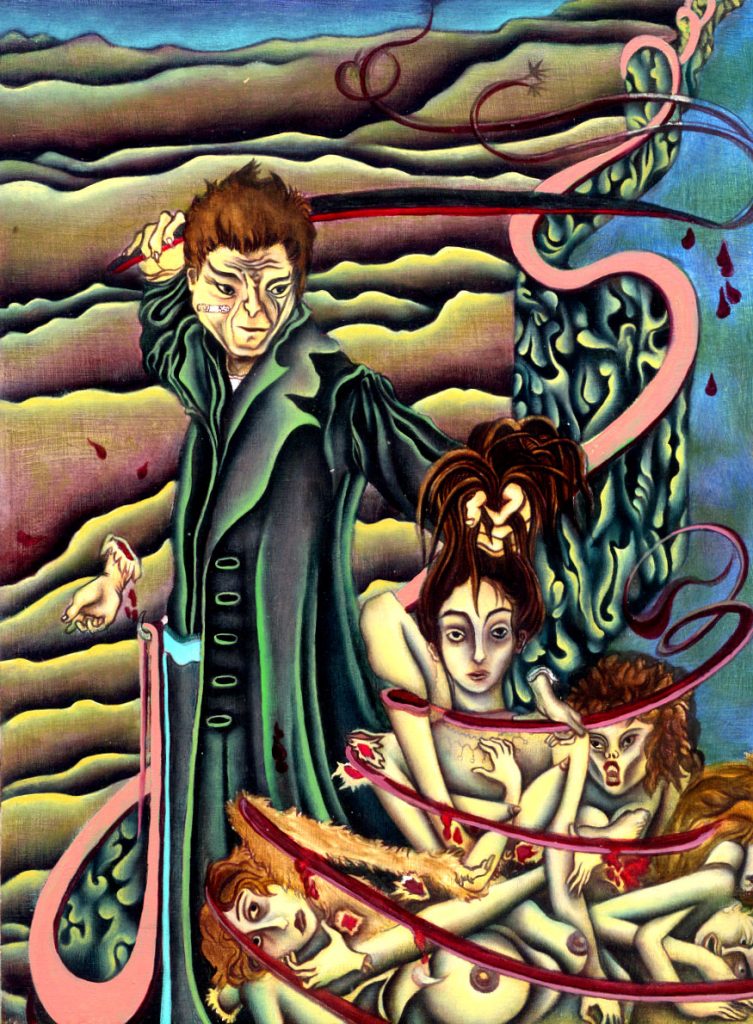 The doctor tells me he has metastases everywhere. His mother comes from far away to help care for him. A few months later, Saturn reaches the degree of his ascendant and he dies in my arms. The death is cruel and the look of terror in his eyes haunts me. 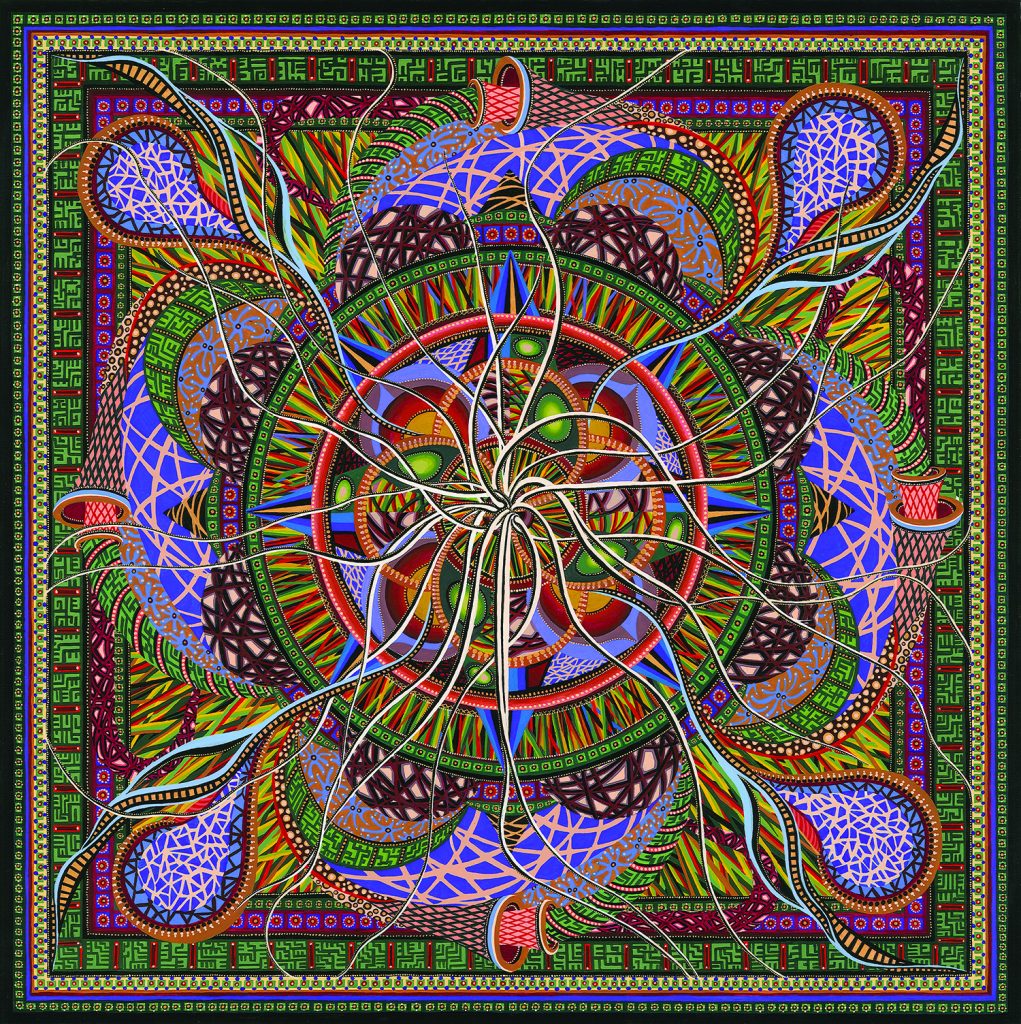 Transiting Pluto has reached my part of fortune. I feel as if I have died too. 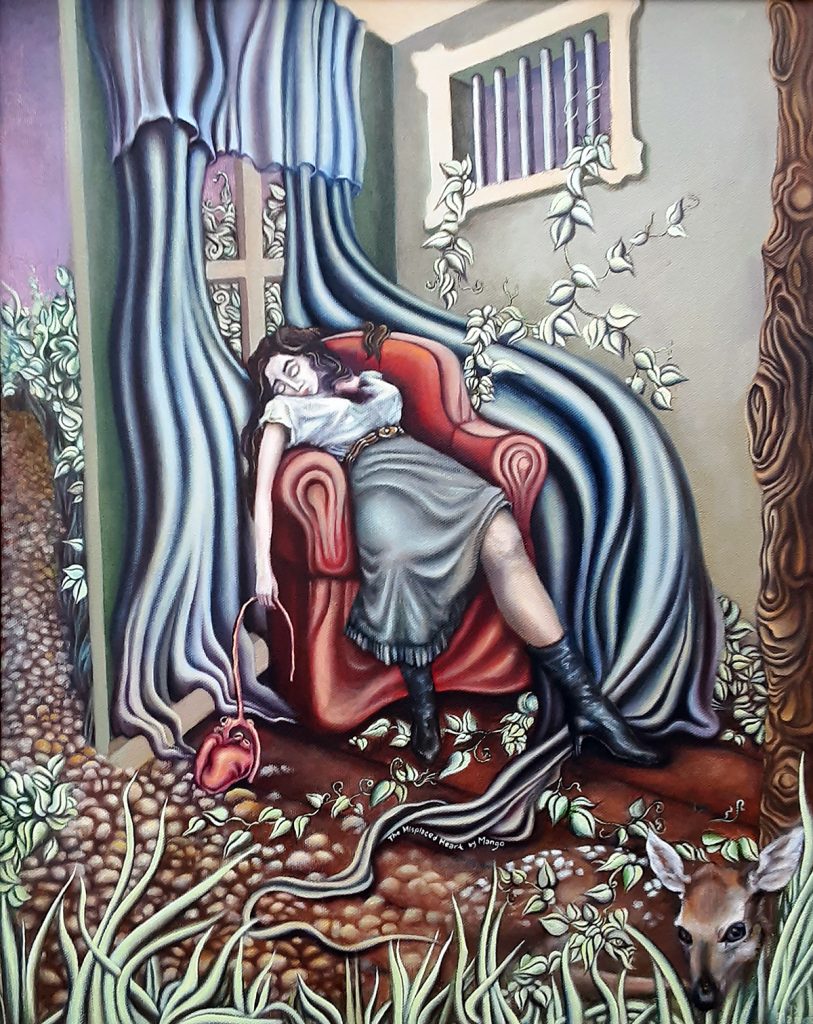 “The Misplaced Heart” oil on canvas by Mango Johnstone ©2016

I visit a medium who quotes words and phrases from our secret language which no one else knows about. The Prince of Cups goes missing from the tarot deck and turns up in my underwear drawer. Fifty vultures land on the roof of his studio and I hear him say my name. Still, he does not come back. 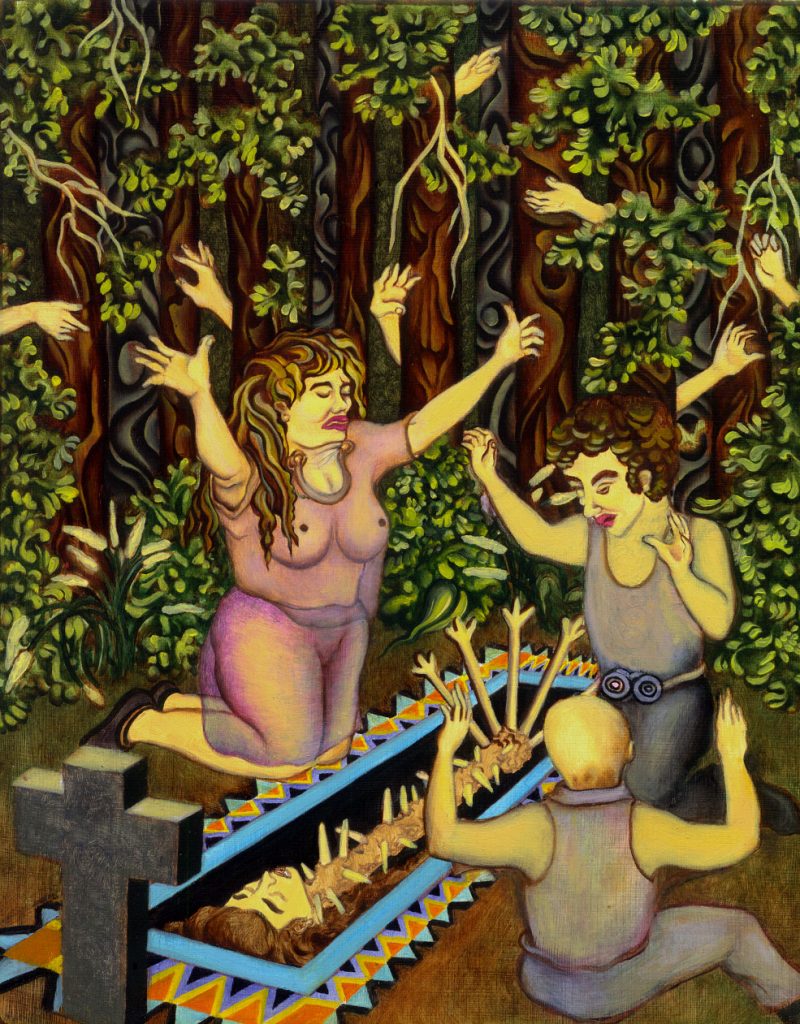 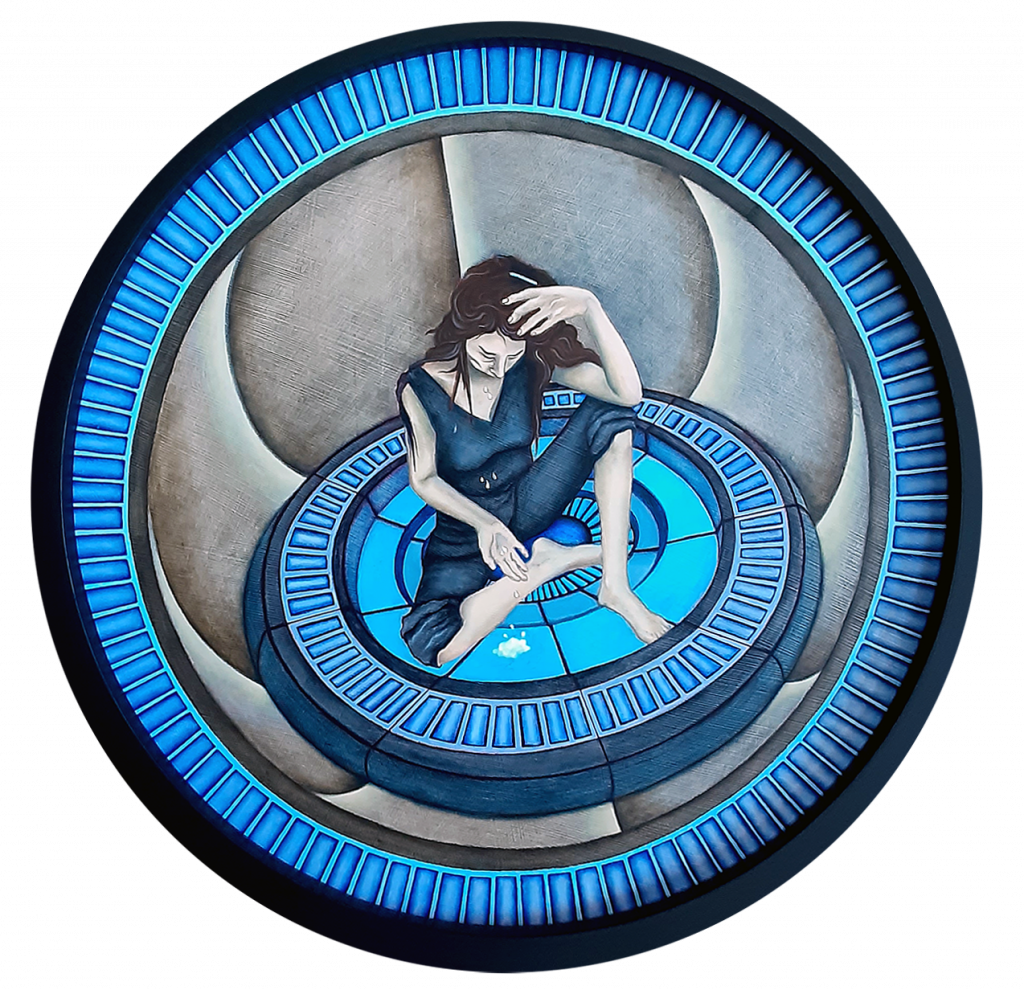 Book a reading or connect with Mango HERE

Mango Johnstone is an astrologer and visual artist living in Maine, U.S.A.